In a charity school, among the children, sat a little Jewish girl. She was a good, intelligent child, and very quick at her lessons; but the Scripture-lesson class she was not allowed to join, for this was a Christian school. During the hour of this lesson, the Jewish girl was allowed to learn her geography, or to work her sum for the next day; and when her geography lesson was perfect, the book remained open before her, but she read not another word, for she sat silently listening to the words of the Christian teacher. He soon became aware that the little one was paying more attention to what he said than most of the other children. “Read your book, Sarah,” he said to her gently.

But again and again he saw her dark, beaming eyes fixed upon him; and once, when he asked her a question, she could answer him even better than the other children. She had not only heard, but understood his words, and pondered them in her heart. Her father, a poor but honest man, had placed his daughter at the school on the conditions that she should not be instructed in the Christian faith. But it might have caused confusion, or raised discontent in the minds of the other children if she had been sent out of the room, so she remained; and now it was evident this could not go on. The teacher went to her father, and advised him to remove his daughter from the school, or to allow her to become a Christian. “I cannot any longer be an idle spectator of those beaming eyes, which express such a deep and earnest longing for the words of the gospel,” said he.

Then the father burst into tears. “I know very little of the law of my fathers,” said he; “but Sarah’s mother was firm in her belief as a daughter of Israel, and I vowed to her on her deathbed that our child should never be baptized. I must keep my vow: it is to me even as a covenant with God Himself.” And so the little Jewish girl left the Christian school.

Years rolled by. In one of the smallest provincial towns, in a humble household, lived a poor maiden of the Jewish faith, as a servant. Her hair was black as ebony, her eye dark as night, yet full of light and brilliancy so peculiar to the daughters of the east. It was Sarah. The expression in the face of the grown-up maiden was still the same as when, a child, she sat on the schoolroom form listening with thoughtful eyes to the words of the Christian teacher. Every Sunday there sounded forth from a church close by the tones of an organ and the singing of the congregation. The Jewish girl heard them in the house where, industrious and faithful in all things, she performed her household duties. “Thou shalt keep the Sabbath holy,” said the voice of the law in her heart; but her Sabbath was a working day among the Christians, which was a great trouble to her. And then as the thought arose in her mind, “Does God reckon by days and hours?” her conscience felt satisfied on this question, and she found it a comfort to her, that on the Christian Sabbath she could have an hour for her own prayers undisturbed. The music and singing of the congregation sounded in her ears while at work in her kitchen, till the place itself became sacred to her. Then she would read in the Old Testament, that treasure and comfort to her people, and it was indeed the only Scriptures she could read. Faithfully in her inmost thoughts had she kept the words of her father to her teacher when she left the school, and the vow he had made to her dying mother that she should never receive Christian baptism. The New Testament must remain to her a sealed book, and yet she knew a great deal of its teaching, and the sound of the gospel truths still lingered among the recollections of her childhood.

One evening she was sitting in a corner of the dining-room, while her master read aloud. It was not the gospel he read, but an old story-book; therefore she might stay and listen to him. The story related that a Hungarian knight, who had been taken prisoner by a Turkish pasha, was most cruelly treated by him. He caused him to be yoked with his oxen to the plough, and driven with blows from the whip till the blood flowed, and he almost sunk with exhaustion and pain. The faithful wife of the knight at home gave up all her jewels, mortgaged her castle and land, and his friends raised large sums to make up the ransom demanded for his release, which was most enormously high. It was collected at last, and the knight released from slavery and misery. Sick and exhausted, he reached home.

Ere long came another summons to a struggle with the foes of Christianity. The still living knight heard the sound; he could endure no more, he had neither peace nor rest. He caused himself to be lifted on his war-horse; the color came into his cheeks, and his strength returned to him again as he went forth to battle and to victory. The very same pasha who had yoked him to the plough, became his prisoner, and was dragged to a dungeon in the castle. But an hour had scarcely passed, when the knight stood before the captive pasha, and inquired, “What do you suppose awaiteth thee?”

“I know,” replied the pasha; “retribution.”

“Yes, the retribution of a Christian,” replied the knight. “The teaching of Christ, the Teacher, commands us to forgive our enemies, to love our neighbors; for God is love. Depart in peace: return to thy home. I give thee back to thy loved ones. But in future be mild and humane to all who are in trouble.”

Then the prisoner burst into tears, and exclaimed, “Oh how could I imagine such mercy and forgiveness! I expected pain and torment. It seemed to me so sure that I took poison, which I secretly carried about me; and in a few hours its effects will destroy me. I must die! Nothing can save me! But before I die, explain to me the teaching which is so full of love and mercy, so great and God-like. Oh, that I may hear his teaching, and die a Christian!” And his prayer was granted.

This was the legend which the master read out of the old story-book. Every one in the house who was present listened, and shared the pleasure; but Sarah, the Jewish girl, sitting so still in a corner, felt her heart burn with excitement. Great tears came into her shining dark eyes; and with the same gentle piety with which she had once listened to the gospel while sitting on the form at school, she felt its grandeur now, and the tears rolled down her cheeks. Then the last words of her dying mother rose before her, “Let not my child become a Christian;” and with them sounded in her heart the words of the law, “Honor thy father and thy mother.”

“I am not admitted among the Christians,” she said; “they mock me as a Jewish girl; the neighbors’ boys did so last Sunday when I stood looking in through the open church door at the candles burning on the altar, and listening to the singing. Ever since I sat on the school-bench I have felt the power of Christianity; a power which, like a sunbeam, streams into my heart, however closely I may close my eyes against it. But I will not grieve thee, my mother, in thy grave. I will not be unfaithful to my father’s vow. I will not read the Bible of the Christian. I have the God of my fathers, and in Him I will trust.”

And again years passed by. Sarah’s master died, and his widow found herself in such reduced circumstances that she wished to dismiss her servant maid; but Sarah refused to leave the house, and she became a true support in time of trouble, and kept the household together by working till late at night, with her busy hands, to earn their daily bread. Not a relative came forward to assist them, and the widow was confined to a sick bed for months and grew weaker from day to day. Sarah worked hard, but contrived to spare time to amuse her and watch by the sick bed. She was gentle and pious, an angel of blessing in that house of poverty.

“My Bible lies on the table yonder,” said the sick woman one day to Sarah. “Read me something from it; the night appears so long, and my spirit thirsts to hear the word of God.”

And Sarah bowed her head. She took the book, and folded her hand over the Bible of the Christians, and at last opened it, and read to the sick woman. Tears stood in her eyes as she read, and they shone with brightness, for in her heart it was light.

“Mother,” she murmured, “thy child may not receive Christian baptism, nor be admitted into the congregation of Christian people. Thou hast so willed it, and I will respect thy command. We are therefore still united here on earth; but in the next world there will be a higher union, even with God Himself, who leads and guides His people till death. He came down from heaven to earth to suffer for us, that we should bring forth the fruits of repentance. I understand it now. I know not how I learnt this truth, unless it is through the name of Christ.” Yet she trembled as she pronounced the holy name. She struggled against these convictions of the truth of Christianity for some days, till one evening while watching her mistress she was suddenly taken very ill; her limbs tottered under her, and she sank fainting by the bedside of the sick woman.

“Poor Sarah,” said the neighbors; “she is overcome with hard work and night watching.” And then they carried her to the hospital for the sick poor. There she died; and they bore her to her resting-place in the earth, but not to the churchyard of the Christians. There was no place for the Jewish girl; but they dug a grave for her outside the wall. And God’s sun, which shines upon the graves of the churchyard of the Christians, also throws its beams on the grave of the Jewish maiden beyond the wall. And when the psalms of the Christians sound across the churchyard, their echo reaches her lonely resting-place; and she who sleeps there will be counted worthy at the resurrection, through the name of Christ the Lord, who said to His disciples, “John baptized you with water, but I will baptize you with the Holy Ghost.” 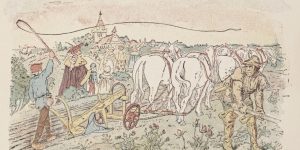 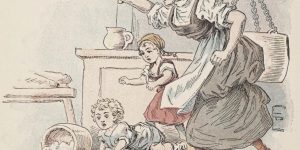 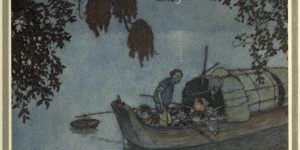 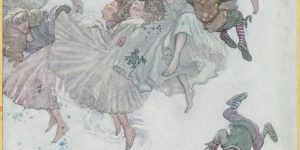 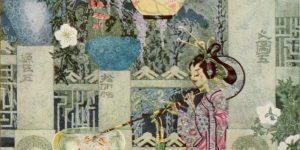 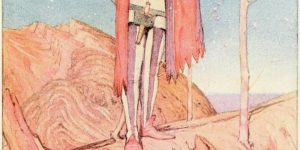