The Project Gutenberg Project volunteers have tirelessly scanned and transcribed tens of thousands of public domain books over the past few decades and I’ve taken a small sample and added them to this virtual library in a different format. 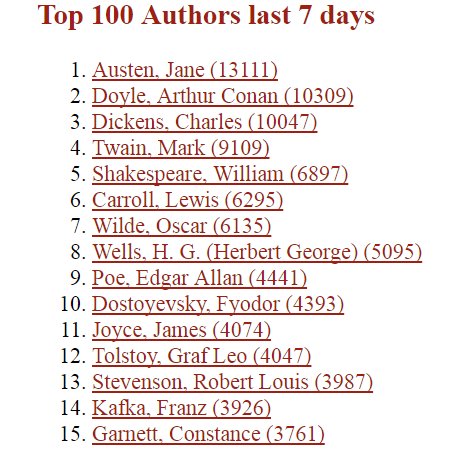 What Is The Project Gutenberg Project

In July 1971, Michael Hart created Project Gutenberg with the goal of making available for free, and electronically, literary works belonging to public domain. A pioneer site in a number of ways, Project Gutenberg was the first information provider on the internet and is the oldest digital library.

When the internet became popular, in the mid-1990s, the project got a boost and an international dimension.

With 55 languages and 40 mirror sites around the world, books are being downloaded by the tens of thousands every day.

Project Gutenberg promotes digitization in “text format”, meaning that a book can be copied, indexed, searched, analyzed and compared with other books. Contrary to other formats, the files are accessible for low-bandwidth use. The main source of new Project Gutenberg eBooks is Distributed Proofreaders, launched in October 2000 by Charles Franks to help in the digitizing of books from public domain.