BY THE PRESIDENT OF THE UNITED STATES OF AMERICA:

Whereas by my proclamations of the 19th and 27th days of April, A.D. 1861, the ports of the United States in the States of Virginia, North Carolina, South Carolina, Georgia, Florida, Alabama, Mississippi, Louisiana, and Texas were declared to be subject to blockade; but

Whereas by the fourth section of the act of Congress approved on the 13th of July, 1861, entitled “An act further to provide for the collection of duties on imports, and for other purposes,” the President, for the reasons therein set forth, is authorized to close certain ports of entry:

Now, therefore, be it known that I, Abraham Lincoln. President of the United States, do hereby proclaim that the ports of Richmond, Tappahannock, Cherrystone, Yorktown, and Petersburg, in Virginia; of Camden (Elizabeth City), Edenton, Plymouth, Washington, Newbern, Ocracoke, and Wilmington in North Carolina; of Charleston, Georgetown, and Beaufort, in South Carolina; of Savannah, St. Marys, and Brunswick (Darien), in Georgia; of Mobile, in Alabama; of Pearl River (Shieldsboro), Natchez and Vicksburg, in Mississippi; of St. Augustine, Key West, St. Marks (Port Leon), St. Johns (Jacksonville), and Apalachicola, in Florida; of Teche (Franklin), in Louisiana; of Galveston, La Salle, Brazos de Santiago (Point Isabel), and Brownsville, in Texas, are hereby closed, and all right of importation, warehousing, and other privileges shall, in respect to the ports aforesaid, cease until they shall have again been opened by order of the President; and if while said parts are so closed any ship or vessel from beyond the United States or having on board any articles subject to duties shall attempt to enter any such port, the same, together with its tackle, apparel, furniture, and cargo, shall be forfeited to the United States.

In witness whereof I have hereunto set my hand and caused the seal of the United States to be affixed.

Done at the city of Washington, this eleventh day of April, A.D., 1865, and of the independence of the United States of America, the eighty-ninth.

By the President WILLIAM H. SEWARD, Secretary of State. 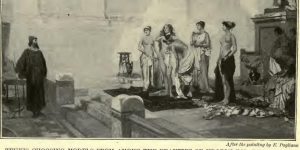 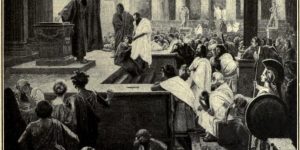 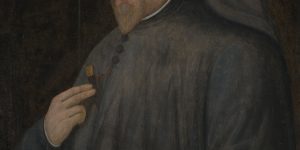 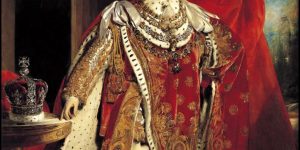