———— all people went
Upon their ten toes in wild wonderment.

I am—that is to say I was—a great man; but I am neither the author of Junius nor the man in the mask; for my name, I believe, is Robert Jones, and I was born somewhere in the city of Fum-Fudge.

The first action of my life was the taking hold of my nose with both hands. My mother saw this and called me a genius: my father wept for joy and presented me with a treatise on Nosology. This I mastered before I was breeched.

I now began to feel my way in the science, and soon came to understand that, provided a man had a nose sufficiently conspicuous he might, by merely following it, arrive at a Lionship. But my attention was not confined to theories alone. Every morning I gave my proboscis a couple of pulls and swallowed a half dozen of drams.

When I came of age my father asked me, one day, If I would step with him into his study.

“My son,” said he, when we were seated, “what is the chief end of your existence?”

“My father,” I answered, “it is the study of Nosology.”

“And what, Robert,” he inquired, “is Nosology?”

“And can you tell me,” he demanded, “what is the meaning of a nose?”

“A nose, my father;” I replied, greatly softened, “has been variously defined by about a thousand different authors.” [Here I pulled out my watch.] “It is now noon or thereabouts—we shall have time enough to get through with them all before midnight. To commence then:—The nose, according to Bartholinus, is that protuberance—that bump—that excrescence—that—”

“Will do, Robert,” interrupted the good old gentleman. “I am thunderstruck at the extent of your information—I am positively—upon my soul.” [Here he closed his eyes and placed his hand upon his heart.] “Come here!” [Here he took me by the arm.] “Your education may now be considered as finished—it is high time you should scuffle for yourself—and you cannot do a better thing than merely follow your nose—so—so—so—” [Here he kicked me down stairs and out of the door]—”so get out of my house, and God bless you!”

As I felt within me the divine afflatus, I considered this accident rather fortunate than otherwise. I resolved to be guided by the paternal advice. I determined to follow my nose. I gave it a pull or two upon the spot, and wrote a pamphlet on Nosology forthwith.

All Fum-Fudge was in an uproar.

“One of us!” said Blackwood.

“What can he be?” said big Miss Bas-Bleu.

“Where can he be?” said little Miss Bas-Bleu.—But I paid these people no attention whatever—I just stepped into the shop of an artist.

The Duchess of Bless-my-Soul was sitting for her portrait; the Marquis of So-and-So was holding the Duchess’ poodle; the Earl of This-and-That was flirting with her salts; and his Royal Highness of Touch-me-Not was leaning upon the back of her chair.

I approached the artist and turned up my nose.

“Oh my!” lisped the Marquis.

“What will you take for it?” asked the artist.

“For his nose!” shouted her Grace.

“A thousand pounds,” said I, sitting down.

“Do you warrant it?” he asked, turning the nose to the light.

“Is it quite original?” he inquired; touching it with reverence.

“Humph!” said I, twisting it to one side.

“Has no copy been taken?” he demanded, surveying it through a microscope.

“Admirable!” he ejaculated, thrown quite off his guard by the beauty of the manoeuvre.

“A thousand pounds?” said he.

“A thousand pounds?” said he.

“You shall have them,” said he. “What a piece of virtu!” So he drew me a check upon the spot, and took a sketch of my nose. I engaged rooms in Jermyn street, and sent her Majesty the ninety-ninth edition of the “Nosology,” with a portrait of the proboscis.—That sad little rake, the Prince of Wales, invited me to dinner.

We were all lions and recherchés.

There was a modern Platonist. He quoted Porphyry, Iamblicus, Plotinus, Proclus, Hierocles, Maximus Tyrius, and Syrianus.

There was a human-perfectibility man. He quoted Turgot, Price, Priestly, Condorcet, De Stael, and the “Ambitious Student in Ill Health.”

There was Æstheticus Ethix. He spoke of fire, unity, and atoms; bi-part and pre-existent soul; affinity and discord; primitive intelligence and homöomeria.

There was Theologos Theology. He talked of Eusebius and Arianus; heresy and the Council of Nice; Puseyism and consubstantialism; Homousios and Homouioisios.

There was Bibulus O’Bumper. He touched upon Latour and Markbrünnen; upon Mousseux and Chambertin; upon Richbourg and St. George; upon Haubrion, Leonville, and Medoc; upon Barac and Preignac; upon Grâve, upon Sauterne, upon Lafitte, and upon St. Peray. He shook his head at Clos de Vougeot, and told, with his eyes shut, the difference between Sherry and Amontillado.

There was Signor Tintontintino from Florence. He discoursed of Cimabué, Arpino, Carpaccio, and Argostino—of the gloom of Caravaggio, of the amenity of Albano, of the colors of Titian, of the frows of Rubens, and of the waggeries of Jan Steen.

There was the President of the Fum-Fudge University. He was of opinion that the moon was called Bendis in Thrace, Bubastis in Egypt, Dian in Rome, and Artemis in Greece. There was a Grand Turk from Stamboul. He could not help thinking that the angels were horses, cocks, and bulls; that somebody in the sixth heaven had seventy thousand heads; and that the earth was supported by a sky-blue cow with an incalculable number of green horns.

There was Delphinus Polyglott. He told us what had become of the eighty-three lost tragedies of Æschylus; of the fifty-four orations of Isæus; of the three hundred and ninety-one speeches of Lysias; of the hundred and eighty treatises of Theophrastus; of the eighth book of the conic sections of Apollonius; of Pindar’s hymns and dithyrambics; and of the five and forty tragedies of Homer Junior.

There was Ferdinand Fitz-Fossillus Feltspar. He informed us all about internal fires and tertiary formations; about äeriforms, fluidiforms, and solidiforms; about quartz and marl; about schist and schorl; about gypsum and trap; about talc and calc; about blende and horn-blende; about mica-slate and pudding-stone; about cyanite and lepidolite; about hematite and tremolite; about antimony and calcedony; about manganese and whatever you please.

“Superb!” said his guests:—and next morning her Grace of Bless-my-Soul paid me a visit.

“Will you go to Almack’s, pretty creature?” she said, tapping me under the chin.

“Here then is a card, my life. Shall I say you will be there?”

“Dear Duchess, with all my heart.”

“Every bit of it, my love,” said I: so I gave it a twist or two, and found myself at Almack’s. The rooms were crowded to suffocation.

“He is coming!” said somebody on the staircase.

“He is coming!” said somebody farther up.

“He is coming!” said somebody farther still.

“He is come!” exclaimed the Duchess. “He is come, the little love!”—and, seizing me firmly by both hands, she kissed me thrice upon the nose. A marked sensation immediately ensued.

It was not to be borne. I grew angry. I turned short upon Bluddennuff.

“Sir,” he replied, after a pause, “Donner und Blitzen!”

This was all that could be desired. We exchanged cards. At Chalk-Farm, the next morning, I shot off his nose—and then called upon my friends.

“Be off!” said the seventh.

At all this I felt mortified, and so called upon my father.

“Father,” I asked, “what is the chief end of my existence?”

“My son,” he replied, “it is still the study of Nosology; but in hitting the Elector upon the nose you have overshot your mark. You have a fine nose, it is true; but then Bluddennuff has none. You are damned, and he has become the hero of the day. I grant you that in Fum-Fudge the greatness of a lion is in proportion to the size of his proboscis—but, good heavens! there is no competing with a lion who has no proboscis at all.” 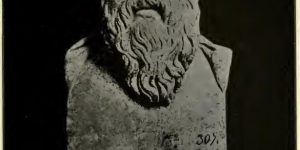