Some Secrets of the Magazine Prison-House

Some Secrets of the Magazine Prison-House by Edgar Allan Poe

SOME SECRETS OF THE MAGAZINE PRISON-HOUSE.

The want of an International Copy-Right Law, by rendering it nearly impossible to obtain anything from the booksellers in the way of remuneration for literary labor, has had the effect of forcing many of our best writers into the service of the Magazines and Reviews, which with a pertinacity that does them credit, keep up in a certain or uncertain degree the good old saying, that even in the thankless field of Letters the laborer is worthy of his hire. How — by dint of what dogged instinct of the honest and proper, these journals have contrived to persist in their paying practices, in the very teeth of the opposition got up by the Fosters and Leonard Scotts, who furnish for eight dollars any four of the British periodicals for a year, is a point we have had much difficulty in settling to our satisfaction, and we have been forced to settle it, at last, upon no more reasonable ground than that of a still lingering esprit de patrie. That Magazines can live, and not only live but thrive, and not only thrive but afford to disburse money for original contributions, are facts which can only be solved, under the circumstances, by the really fanciful but still agreeable supposition, that there is somewhere still existing an ember not altogether quenched among the fires of good feeling for letters and literary men that once animated the American bosom.

It would not do (perhaps this is the idea) to let our poor devil authors absolutely starve, while we grow fat, in a literary sense, on the good things of which we unblushingly pick the pocket of all Europe; it would not be exactly the thing fomme il fact, to permit a positive atrocity of this kind, and hence we have Magazines, and hence we have a portion of the public who subscribe to these Magazines (through sheer pity), and hence we have Magazine publishers (who sometimes take upon themselves the duplicate title of “editor and proprietor,”) — publishers, we say, who, under certain conditions of good conduct, occasional puffs, and decent subserviency at all times, make it a point of conscience to encourage the poor devil author with a dollar or two, more or less as he behaves himself properly and abstains from the indecent habit of turning up his nose.

We hope, however, that we are not so prejudiced or so vindictive as to insinuate that what certainly does look like illiberality on the part of them (the Magazine publishers) is really an illiberality chargeable to them. In fact, it will be seen at once, that what we have said has a tendency directly the reverse of any such accusation. These publishers pay something — other publishers nothing at all. Here certainly is a difference — although a mathematician might contend that the difference might be infinitesimally small. Still, these Magazine editors and proprietors pay (that is the word), and with your true poor devil author the smallest favors are sure to be thankfully received. No: the illiberality lies at the door of the demagogue-ridden public, who suffer their anointed delegates (or perhaps arointed — which is it?) to insult the common sense of them (the public) by making orations in our national halls on the beauty and conveniency of robbing the Literary Europe on the highway, and on the gross absurdity in especial of admitting so unprincipled a principle, that a man has any right and title either to his own brains or to the flimsy material that he chooses to spin out of them, like a confounded caterpillar as he is. If anything of this gossamer character stands in need of protection, why we have our hands full at once with the silk-worms and the morus multicaulis.

But if we cannot, under the circumstances, complain of the absolute illiberality of the Magazine publishers (since pay they do), there is at least one particular in which we have against them good grounds of accusation. Why (since pay they must) do they not pay with a good grace, and promptly.’ Were we in an ill humor at this moment, we could a tale unfold which would erect the hair on the head of Shylock. A young author, struggling with Despair itself in the shape of a ghastly poverty, which has no alleviation — no sympathy from an every-day world, that cannot understand his necessities, and that would pretend not to understand them if it comprehended them ever so well — this young author is politely requested to compose an article, for which he will “be handsomely paid.” Enraptured, he neglects perhaps for a month the sole employment which affords him the chance of a livelihood, and having starved through the month (he and his family) completes at length the month of starvation and the article, and despatches the latter (with a broad hint about the former) to the pursy “editor” and bottle-nosed “proprietor” who has condescended to honor him (the poor devil) with his patronage. A month (starving still), and no reply. Another month — still none. Two months more — still none. A second letter, modestly hinting that the article may not have reached its destination — still no reply. At the expiration of six additional months, personal application is made at the “editor’s” and “proprietor’s” office. Call again. The poor devil goes out, and does not fail to call again. Still call again; — and call again is the word for three or four months more. His patience exhausted, the article is demanded. No — he can’t have it (the truth is, it was too good to be given up so easily) — “it is in print,” and “contributions of this character are never paid for (it is a role we have) under six months after publication. Call in six months after the issue of your affair, and your money is ready for you — for we are business men, ourselves — prompt.” With this the poor devil is satisfied, and makes up his mind that the “editor and proprietor” is a gentleman, and that of course he (the poor devil) will wait as requested. And it is supposable that he would have waited if he could — but Death in the mean time would not. He dies, and by the good luck of his decease (which came by starvation) the fat “editor and proprietor ” is fat henceforward and for ever to the amount of five and twenty dollars, very cleverly saved, to be spent generously in canvas-backs and champagne.

There are two things which we hope the reader will not do, as he runs over this article; first, we hope that he will not believe that we write from any personal experience of our own, for we have only the reports of actual sufferers to depend upon, and second, that he will not make any personal application of our remarks to any Magazine publisher now living, it being well known that they are all as remarkable for their generosity and urbanity, as for their intelligence, and appreciation of Genius. 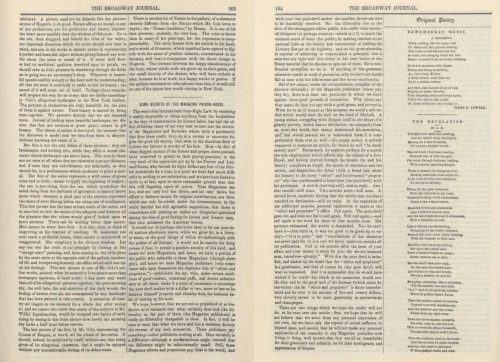 Originally published on February 15, 1845, in the Broadway Journal.

Narrative Of A. Gordon Pym Chapter 1-5 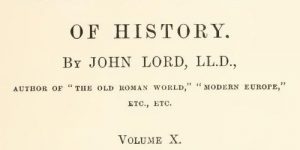 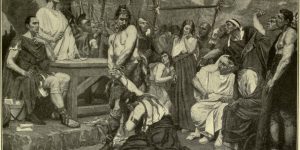 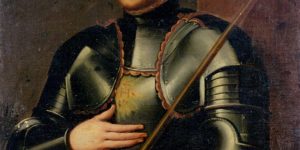 John Lord – Ignatius Loyola : Rise and Influence of the Jesuits 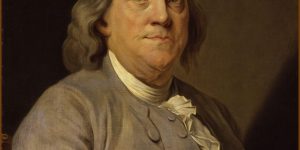