The Lighthouse by Edgar Allan Poe

Jan 1 — 1796. This day — my first on the light-house — I make this entry in my Diary, as agreed on with De Grät. As regularly as I can keep the journal, I will — but there is no telling what may happen to a man all alone as I am — I may get sick, or worse . . . . . So far well ! The cutter had a narrow escape — but why dwell on that, since I am here, all safe? My spirits are beginning to revive already, at the mere thought of being — for once in my life at least — thoroughly alone; for, of course, Neptune, large as he is, is not to be taken into consideration as “society”. Would to Heaven I had ever found in “society” one half as much faith as in this poor dog: — in such case I and “society” might never have parted — even for the year . . . What most surprises me, is the difficulty De Grät had in getting me the appointment — and I a noble of the realm ! It could not be that the Consistory had any doubt of my ability to manage the light. One man had attended it before now — and got on quite as well as the three that are usually put in. The duty is a mere nothing; and the printed instructions are as plain as possible. It never would have done to let Orndoff accompany me. I never should have made any way with my book as long as he was within reach of me, with his intolerable gossip — not to mention that everlasting mëerschaum. Besides, I wish to be alone . . . . . . It is strange that I never observed, until this moment, how dreary a sound that word has — “alone” ! I could half fancy there was some peculiarity in the echo of these cylindrical walls — but oh, no! — this is all nonsense. I do believe I am going to get nervous about my insulation. That will never do. I have not forgotten De Grät’s prophecy. Now for a scramble to the lantern and a good look around to “see what I can see” . . . . . . . . . . . . . . . To see what I can see indeed ! — not very much. The swell is subsiding a little, I think — but the cutter will have a rough passage home, nevertheless. She will hardly get within sight of the Norland before noon to-morrow — and yet it can hardly be more than 190 or 200 miles.

.Jan.2. I have passed this day in a species of ecstasy that I find impossible to describe. My passion for solitude could scarcely have been more thoroughly gratified. I do not say satisfied; for I believe I should never be satiated with such delight as I have experienced to-day . . . . . . . . . The wind lulled about day-break, and by the afternoon the sea had gone down materially . . . . . Nothing to be seen, with the telescope even, but ocean and sky, with an occasional gull.

Jan. 3. A dead calm all day. Towards evening, the sea looked very much like glass. A few sea-weeds came in sight; but besides them absolutely nothing all day — not even the slightest speck of cloud. . . . . . . . Occupied myself in exploring the light-house . . . . It is a very lofty one — as I find to my cost when I have to ascend its interminable stairs — not quite 160 feet, I should say, from the low-water mark to the top of the lantern. From the bottom inside the shaft, however, the distance to the summit is 180 feet at least: — thus the floor is 20 feet below the surface of the sea, even at low-tide . . . . . . It seems to me that the hollow interior at the bottom should have been filled in with solid masonry. Undoubtedly the whole would have been thus rendered more safe: — but what am I thinking about? A structure such as this is safe enough under any circumstances. I should feel myself secure in it during the fiercest hurricane that ever raged — and yet I have heard seamen say occasionally, with a wind at South-West, the sea has been known to run higher here than any where with the single exception of the Western opening of the Straits of Magellan. No mere sea, though, could accomplish anything with this solid iron-riveted wall — which, at 50 feet from high-water mark, is four feet thick, if one inch . . . . . . . . The basis on which the structure rests seems to me to be chalk . . . . . .

As there is sufficient space for additional text at the bottom of the final page, it is reasonable to presume that the rest of the tale is merely unfinished rather than lost.

The title “The Lighthouse” was assigned by George E. Woodberry, who first published the text of pages 2-4 in The Life of Edgar Allan Poe (1909), volume II, pp. 397-399. Although the title is not Poe’s own, it is sufficiently descriptive and has been accepted by subsequent editors and scholars.

Leave a reply to The Lighthouse
Selected Authors
Popular 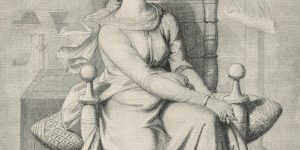 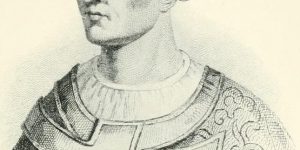 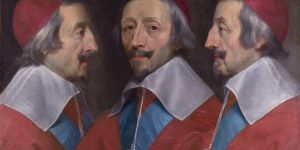 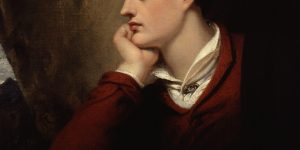 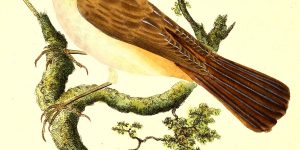