T. S. Eliot was a British essayist, publisher, playwright, literary and social critic, and “one of the twentieth century’s major poets”. He moved from his native United States to England in 1914 at the age of 25, settling, working, and marrying there. He eventually became a British subject in 1927 at the age of 39, renouncing his American citizenship. 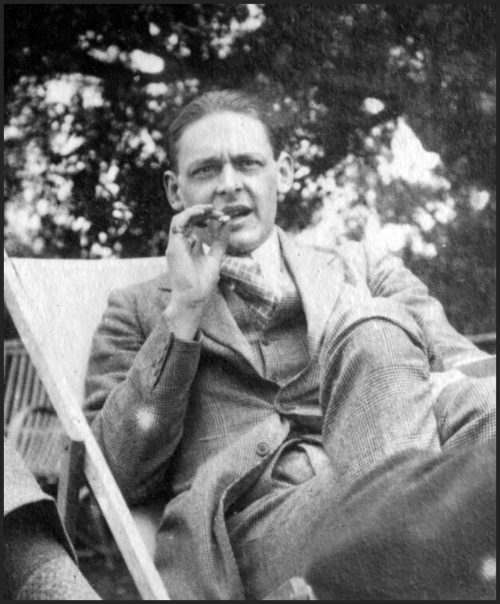 Eliot attracted widespread attention for his poem “The Love Song of J. Alfred Prufrock” (1915), which was seen as a masterpiece of the Modernist movement. It was followed by some of the best-known poems in the English language, including The Waste Land (1922), “The Hollow Men” (1925), “Ash Wednesday” (1930), and Four Quartets (1943).[4] He was also known for his seven plays, particularly Murder in the Cathedral (1935). He was awarded the Nobel Prize in Literature in 1948, “for his outstanding, pioneer contribution to present-day poetry”.

For a poet of his stature, Eliot produced a relatively small number of poems. He was aware of this even early in his career. He wrote to J.H. Woods, one of his former Harvard professors, “My reputation in London is built upon one small volume of verse, and is kept up by printing two or three more poems in a year. The only thing that matters is that these should be perfect in their kind, so that each should be an event.”