She turned away, but with the autumn weather
Compelled my imagination many days,
Many days and many hours:
Her hair over her arms and her arms full of flowers.
And I wonder how they should have been together!
I should have lost a gesture and a pose.
Sometimes these cogitations still amaze
The troubled midnight and the noon’s repose. 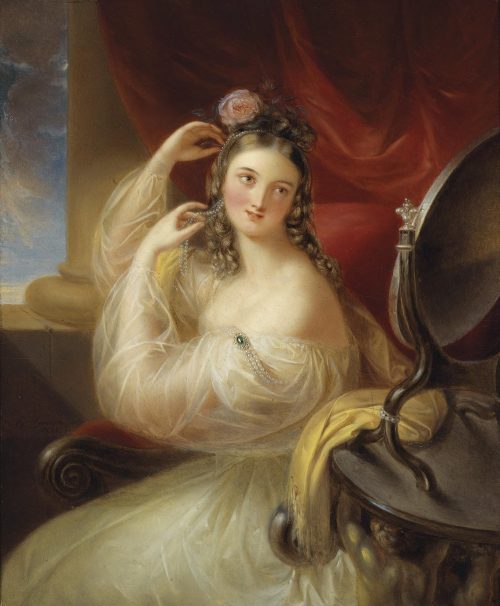