The Groom’s Encore Poem : Songs of the Road Poetry by Arthur Conan Doyle 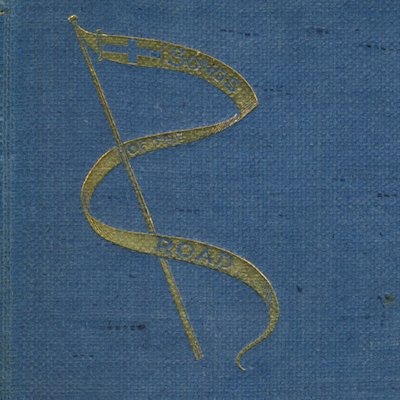 Not tired of ‘earin’ stories! You’re a nailer, so you are!
I thought I should ‘ave choked you off with that ‘ere motor-car.
Well, mister, ‘ere’s another; and, mind you, it’s a fact,
Though you’ll think perhaps I copped it out o’ some blue ribbon tract.

But in the days I’m speakin’ of, before the drop in wheat,
The life them farmers led was such as couldn’t well be beat;
They went the pace amazin’, they ‘unted and they shot,
And this ‘ere Jeremiah Brown the liveliest of the lot.

‘E was a fine young fellar; the best roun’ ‘ere by far,
But just a bit full-blooded, as fine young fellars are;
Which I know they didn’t ought to, an’ it’s very wrong of course,
But the colt wot never capers makes a mighty useless ‘orse.

Four days on end ‘e never knew ‘ow ‘e ‘ad got to bed,
Until one mornin’ fifty clocks was tickin’ in ‘is ‘ead,
And on the same the doctor came, “You’re very near D.T.,
If you don’t stop yourself, young chap, you’ll pay the price,” said ‘e.

“It takes the form of visions, as I fear you’ll quickly know;
Perhaps a string o’ monkeys, all a-sittin’ in a row,
Perhaps it’s frogs or beetles, perhaps it’s rats or mice,
There are many sorts of visions and there’s none of ’em is nice.”

But Brown ‘e started laughin’: “No doctor’s muck,” says ‘e,
“A take-’em-break-’em gallop is the only cure for me!
They ‘unt to-day down ‘Orsham way. Bring round the sorrel mare,
If them monkeys come inquirin’ you can send ’em on down there.”

Well, Jeremiah rode to ‘ounds, exactly as ‘e said.
But all the time the doctor’s words were ringin’ in ‘is ‘ead—
“If you don’t stop yourself, young chap, you’ve got to pay the price,
There are many sorts of visions, but none of ’em is nice.”

They found that day at Leonards Lee and ran to Shipley Wood,
‘Ell-for-leather all the way, with scent and weather good.
Never a check to ‘Orton Beck and on across the Weald,
And all the way the Sussex clay was weedin’ out the field.

There’s not a man among them could remember such a run,
Straight as a rule to Bramber Pool and on by Annington,
They followed still past Breeding ‘ill and on by Steyning Town,
Until they’d cleared the ‘edges and were out upon the Down.

Full thirty mile from Plimmers Style, without a check or fault,
Full thirty mile the ‘ounds ‘ad run and never called a ‘alt.
One by one the Field was done until at Finden Down,
There was no one with the ‘untsman save young Jeremiah Brown.

And then the ‘untsman ‘e was beat. ‘Is ‘orse ‘ad tripped and fell.
“By George,” said Brown, “I’ll go alone, and follow it to well,
The place that it belongs to.” And as ‘e made the vow,
There broke from right in front of ‘im the queerest kind of row.

There lay a copse of ‘azels on the border of the track,
And into this two ‘ounds ‘ad run them two was all the pack—
And now from these ‘ere ‘azels there came a fearsome ‘owl,
With a yappin’ and a snappin’ and a wicked snarlin’ growl.

Jeremiah’s blood ran cold a frightened man was ‘e,
But he butted through the bushes just to see what ‘e could see,
And there beneath their shadow, blood drippin’ from his jaws,
Was an awful creature standin’ with a ‘ound beneath its paws.

A fox? Five foxes rolled in one a pony’s weight and size,
A rampin’, ragin’ devil, all fangs and ‘air and eyes;
Too scared to speak, with shriek on shriek, Brown galloped from the sight
With just one thought within ‘is mind— “The doctor told me right.”

That evenin’ late the minister was seated in his study,
When in there rushed a ‘untin’ man, all travel-stained and muddy,
“Give me the Testament!” he cried, “And ‘ear my sacred vow,
That not one drop of drink shall ever pass my lips from now.”

‘E swore it and ‘e kept it and ‘e keeps it to this day,
‘E ‘as turned from gin to ginger and says ‘e finds it pay,
You can search the whole o’ Sussex from ‘ere to Brighton Town,
And you wouldn’t find a better man than Jeremiah Brown.

And the vision it was just a wolf, a big Siberian,
A great, fierce, ‘ungry devil from a show- man’s caravan,
But it saved ‘im from perdition and I don’t mind if I do,
I ‘aven’t seen no wolf myself so ‘ere’s my best to you!