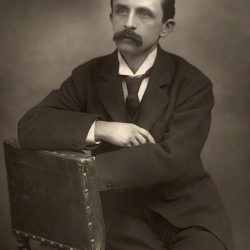 Sir James Matthew Barrie, 1st Baronet Born May 9th, 1860, Kirriemuir, Angus, Scotland Died June 19th, 1937, London, England Dramatist and novelist who is best known as the creator of Peter Pan, the boy who refused to grow up. The son of a weaver, Barrie never recovered from the shock he received at six from […]

J. M. Barrie – Shall We Join the Ladies? Play

Shall We Join the Ladies? Play by James Matthew Barrie SHALL WE JOIN THE LADIES? PLAY For the past week the hospitable Sam Smith has been entertaining a country house party, and we choose to raise the curtain on them towards the end of dinner. They are seated thus, the host facing us: Host (Mr. […] 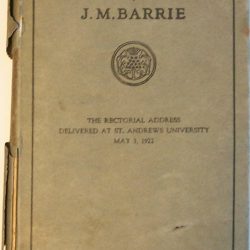 Courage by James Matthew Barrie COURAGE THE RECTORIAL ADDRESS DELIVERED AT ST. ANDREWS UNIVERSITY MAY 3rd 1922 COURAGE BY J. M. BARRIE HODDER AND STOUGHTON LIMITED TORONTO To the Red Gowns of St. Andrews Canada, 1922 You have had many rectors here in St. Andrews who will continue in bloom long after the lowly ones […] 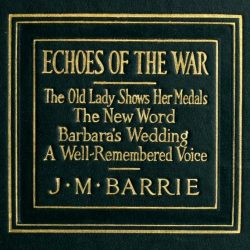 A Well-Remembered Voice Play by James Matthew Barrie Part of Echoes of the War. A WELL-REMEMBERED VOICE PLAY Out of the darkness comes the voice of a woman speaking to her dead son. ‘But that was against your wish, was it not? Was that against your wish? Would you prefer me not to ask that […]

Barbara’s Wedding Play by James Matthew Barrie Part of Echoes of the War. BARBARA’S WEDDING PLAY The Colonel is in the sitting-room of his country cottage, staring through the open windows at his pretty garden. He is a very old man, and is sometimes bewildered nowadays. He calls to Dering, the gardener, who is on […] 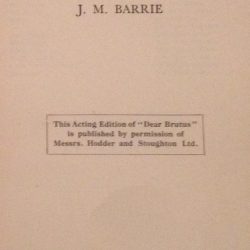 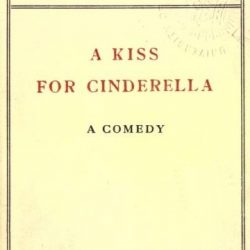 The New Word Play by James Matthew Barrie Part of Echoes of the War. THE NEW WORD PLAY Any room nowadays must be the scene, for any father and any son are the dramatis personae. We could pick them up in Mayfair, in Tooting, on the Veldt, in rectories or in grocers’ back parlours, dump […] 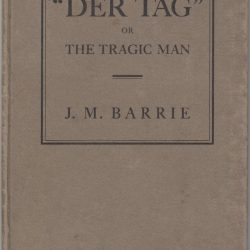