[These consist of two Double Acrostics and two Charades.

No. I. was written at the request of some young friends, who had gone to a ball at an Oxford Commemoration—and also as a specimen of what might be done by making the Double Acrostic a connected poem instead of what it has hitherto been, a string of disjointed stanzas, on every conceivable subject, and about as interesting to read straight through as a page of a Cyclopædia. The first two stanzas describe the two main words, and each subsequent stanza one of the cross “lights.”

No. II. was written after seeing Miss Ellen Terry perform in the play of “Hamlet.” In this case the first stanza describes the two main words.

No. III. was written after seeing Miss Marion Terry perform in Mr. Gilbert’s play of “Pygmalion and Galatea.” The three stanzas respectively describe “My First,” “My Second,” and “My Whole.”]

There was an ancient City, stricken down
With a strange frenzy, and for many a day
They paced from morn to eve the crowded town,
And danced the night away.

I asked the cause: the aged man grew sad:
They pointed to a building gray and tall,
And hoarsely answered “Step inside, my lad,
And then you’ll see it all.”

Yet what are all such gaieties to me
Whose thoughts are full of indices and surds?

But something whispered “It will soon be done:
Bands cannot always play, nor ladies smile:
Endure with patience the distasteful fun
For just a little while!”

A change came o’er my Vision—it was night:
We clove a pathway through a frantic throng:
The steeds, wild-plunging, filled us with affright:
The chariots whirled along.

Within a marble hall a river ran—
A living tide, half muslin and half cloth:
And here one mourned a broken wreath or fan,
Yet swallowed down her wrath;

And here one offered to a thirsty fair
(His words half-drowned amid those thunders tuneful)
Some frozen viand (there were many there),
A tooth-ache in each spoonful.

There comes a happy pause, for human strength
Will not endure to dance without cessation;
And every one must reach the point at length
Of absolute prostration.

At such a moment ladies learn to give,
To partners who would urge them over-much,
A flat and yet decided negative—
Photographers love such.

There comes a welcome summons—hope revives,
And fading eyes grow bright, and pulses quicken:
Incessant pop the corks, and busy knives
Dispense the tongue and chicken.

Flushed with new life, the crowd flows back again:
And all is tangled talk and mazy motion—
Much like a waving field of golden grain,
Or a tempestuous ocean.

And thus they give the time, that Nature meant
For peaceful sleep and meditative snores,
To ceaseless din and mindless merriment
And waste of shoes and floors.

And One (we name him not) that flies the flowers,
That dreads the dances, and that shuns the salads,
They doom to pass in solitude the hours,
Writing acrostic-ballads.

How late it grows! The hour is surely past
That should have warned us with its double knock?
The twilight wanes, and morning comes at last—
“Oh, Uncle, what’s o’clock?”

The Uncle gravely nods, and wisely winks.
It may mean much, but how is one to know?
He opens his mouth—yet out of it, methinks,
No words of wisdom flow.

Empress of Art, for thee I twine
This wreath with all too slender skill.
Forgive my Muse each halting line,
And for the deed accept the will!

O day of tears! Whence comes this spectre grim,
Parting, like Death’s cold river, souls that love?
Is not he bound to thee, as thou to him,
By vows, unwhispered here, yet heard above?

And still it lives, that keen and heavenward flame,
Lives in his eye, and trembles in his tone:
And these wild words of fury but proclaim
A heart that beats for thee, for thee alone!

But all is lost: that mighty mind o’erthrown,
Like sweet bells jangled, piteous sight to see!
“Doubt that the stars are fire,” so runs his moan,
“Doubt Truth herself, but not my love for thee!”

A sadder vision yet: thine aged sire
Shaming his hoary locks with treacherous wile!
And dost thou now doubt Truth to be a liar?
And wilt thou die, that hast forgot to smile?

Nay, get thee hence! Leave all thy winsome ways
And the faint fragrance of thy scattered flowers:
In holy silence wait the appointed days,
And weep away the leaden-footed hours. 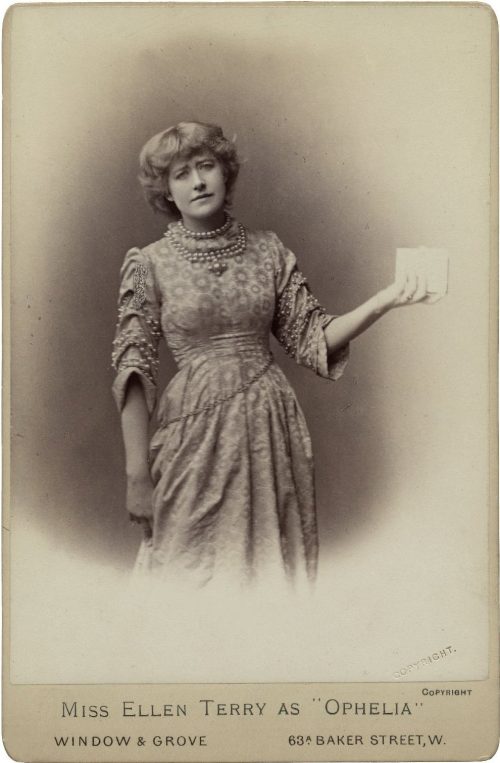 The air is bright with hues of light
And rich with laughter and with singing:
Young hearts beat high in ecstasy,
And banners wave, and bells are ringing:
But silence falls with fading day,
And there’s an end to mirth and play.
Ah, well-a-day

Rest your old bones, ye wrinkled crones!
The kettle sings, the firelight dances.
Deep be it quaffed, the magic draught
That fills the soul with golden fancies!
For Youth and Pleasance will not stay,
And ye are withered, worn, and gray.
Ah, well-a-day! 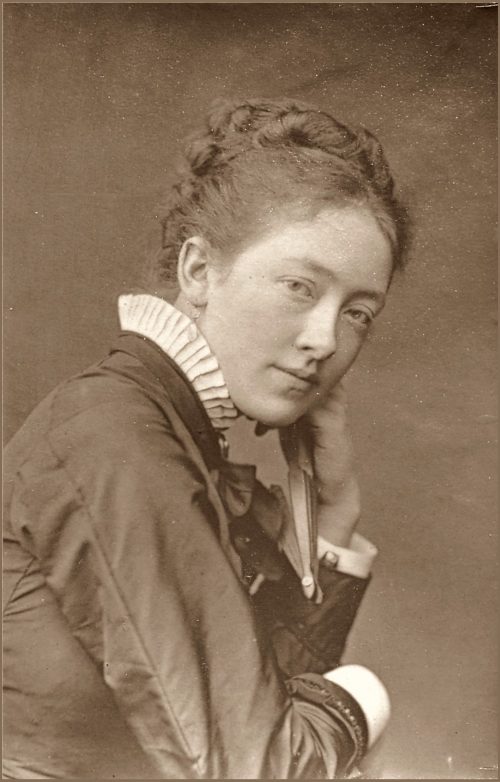 My First is singular at best:
More plural is my Second:
My Third is far the pluralest—
So plural-plural, I protest
It scarcely can be reckoned!

My First is followed by a bird:
My Second by believers
In magic art: my simple Third
Follows, too often, hopes absurd
And plausible deceivers.

My First to get at wisdom tries—
A failure melancholy!
My Second men revered as wise:
My Third from heights of wisdom flies
To depths of frantic folly.

My First is ageing day by day:
My Second’s age is ended:
My Third enjoys an age, they say,
That never seems to fade away,
Through centuries extended.

My Whole? I need a poet’s pen
To paint her myriad phases:
The monarch, and the slave, of men—
A mountain-summit, and a den
Of dark and deadly mazes—

A flashing light—a fleeting shade—
Beginning, end, and middle
Of all that human art hath made
Or wit devised! Go, seek her aid,
If you would read my riddle!