With saddest music all day long
She soothed her secret sorrow:
At night she sighed “I fear ’twas wrong
Such cheerful words to borrow.
Dearest, a sweeter, sadder song
I’ll sing to thee to-morrow.”

I thanked her, but I could not say
That I was glad to hear it:
I left the house at break of day,
And did not venture near it
Till time, I hoped, had worn away
Her grief, for nought could cheer it! 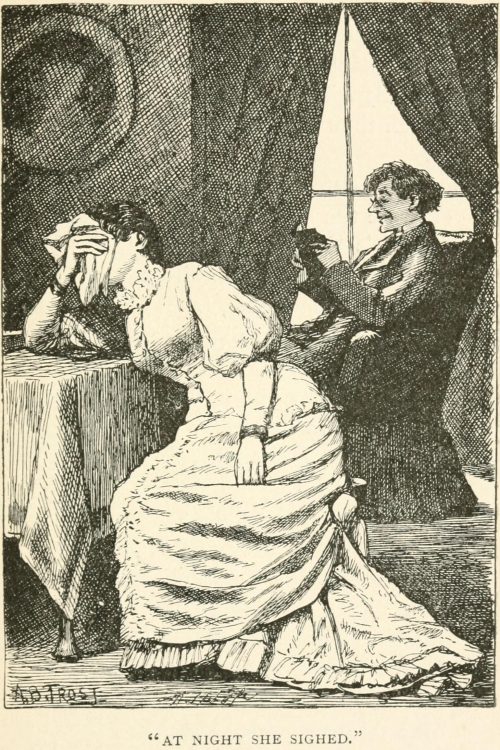 My dismal sister! Couldst thou know
The wretched home thou keepest!
Thy brother, drowned in daily woe,
Is thankful when thou sleepest;
For if I laugh, however low,
When thou’rt awake, thou weepest!

I took my sister t’other day
(Excuse the slang expression)
To Sadler’s Wells to see the play
In hopes the new impression
Might in her thoughts, from grave to gay
Effect some slight digression.

I asked three gay young dogs from town
To join us in our folly,
Whose mirth, I thought, might serve to drown
My sister’s melancholy:
The lively Jones, the sportive Brown,
And Robinson the jolly.

The maid announced the meal in tones
That I myself had taught her,
Meant to allay my sister’s moans
Like oil on troubled water:
I rushed to Jones, the lively Jones,
And begged him to escort her.

Vainly he strove, with ready wit,
To joke about the weather—
To ventilate the last ‘on dit’—
To quote the price of leather—
She groaned “Here I and Sorrow sit:
Let us lament together!”

I urged “You’re wasting time, you know:
Delay will spoil the venison.”
“My heart is wasted with my woe!
There is no rest—in Venice, on
The Bridge of Sighs!” she quoted low
From Byron and from Tennyson.

I need not tell of soup and fish
In solemn silence swallowed,
The sobs that ushered in each dish,
And its departure followed,
Nor yet my suicidal wish
To be the cheese I hollowed.

Some desperate attempts were made
To start a conversation;
“Madam,” the sportive Brown essayed,
“Which kind of recreation,
Hunting or fishing, have you made
Your special occupation?”

Her lips curved downwards instantly,
As if of india-rubber.
“Hounds in full cry I like,” said she:
(Oh how I longed to snub her!)
“Of fish, a whale’s the one for me,
It is so full of blubber!”

The night’s performance was “King John.”
“It’s dull,” she wept, “and so-so!”
Awhile I let her tears flow on,
She said they soothed her woe so!
At length the curtain rose upon
‘Bombastes Furioso.’

In vain we roared; in vain we tried
To rouse her into laughter:
Her pensive glances wandered wide
From orchestra to rafter—
“Tier upon tier!” she said, and sighed;
And silence followed after. 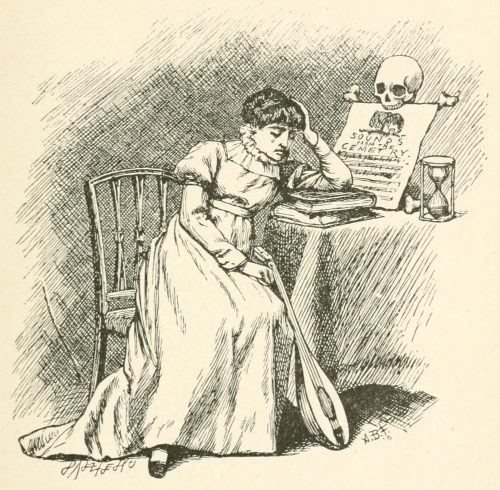